The Evolution Of Logging

Centuries ago loggers began the strenuous task of harvesting trees that would later be transformed into products; since the 1600’s, the evolution of logging has been progressing. Devoted lumberjacks dedicated their lives to the process of logging, they lived in horrible conditions, disease spread like wildfire and as a result many lost their lives. Logging was a slow, strenuous process and although is still dangerous today, modern technology has allowed for much safer and efficient means of harvesting. Although the main goal of logging has always remained the same, the method has dramatically changed.

Throughout the 17th century loggers cut trees in close proximity to the water using handsaws or axes. This method provided easier transportation of the harvested timber, which was then assembled into large raft-like structures commonly spanning 800ft long & 52 feet wide. As they moved further inland, loggers relied heavily on working class animals such as horses and oxen. The animals hauled the logs through woods, over roads and rough tracks. Loggers would sometimes create makeshift railroads from the very same lumber it was designed to transport. Log flumes were also common. No matter the mode of transportation, the logs were ultimately sent to sorting yards once they reached the main waterway. They then moved on to mills, where they were they were transformed into products or exported to other countries.

Modern technology substantially changed the game for the present day logger. Although the original task of harvesting trees remains the same, the machinery and methods are much more advanced and efficient. Many of the old job specialties of logging crews are now obsolete. Chainsaws and harvesters are used to cut trees, remove the limbs and size them to optimal length. Ground vehicles such as a skidder or forwarder can pull, carry, or shovel the logs. Cable systems “cars” and helicopters can easily transport the harvested logs, which are then taken to the sorting yard and sawmill using trucks. They are then transformed into products or exported to other countries.

It’s safe to say that wood flooring is in high demand and a necessary feature in most homes today. Thanks to modern technology, the evolution of logging has come a long way. We are able to produce wood floors more efficiently than ever before. There is more that meets the eye when it comes to a beautiful wood floor, they are complex and have been under development for centuries. 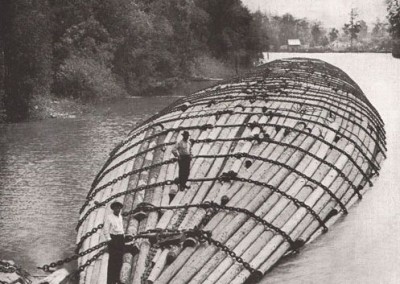 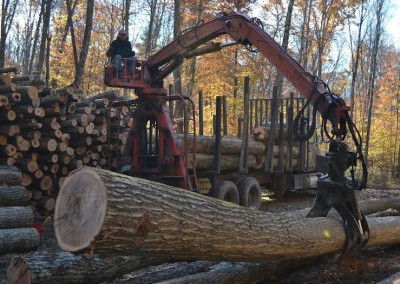